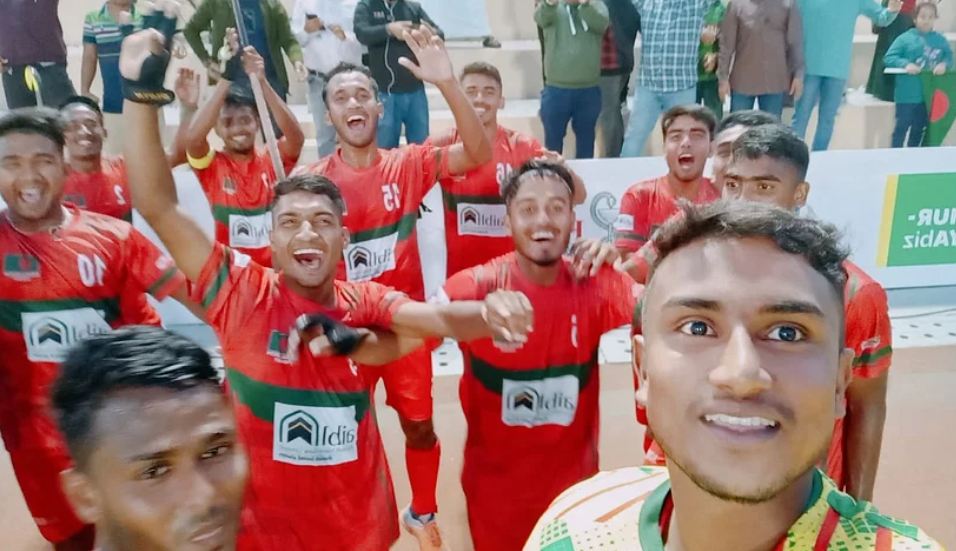 Amirul Islam scored maximum 5 goals; 4 of which are penalty corners. 1 goal in penalty stroke. Coach Mamunur Rashid praised BKSP student Amirul who was awarded the best player of the match.

On the phone from Oman, the Bangladesh coach was saying, ‘I can see Ashraful Islam of the future in Amirul. The way he scored with a drag flick in the penalty corner is really amazing.

After the match, Bangladesh coach Mamunur Rashid was saying on the phone from Oman, “The boys played great today. As planned, they played organized hockey. We want to progress step by step in the tournament.

Bangladesh has reached the semifinals of the tournament with two consecutive wins. Bangladesh will face Uzbekistan in the last match of the group on January 9. Sri Lanka, Hong Kong and Uzbekistan are the partners of Bangladesh in Group ‘B’ of the AHF Cup. The top five teams of the tournament will play in the Junior Asia Cup. The top three from the Asia Cup will advance to the finals of the Junior World Cup of Hockey.