If Dhyan Chand was a magician, Balbir Singh was a prince 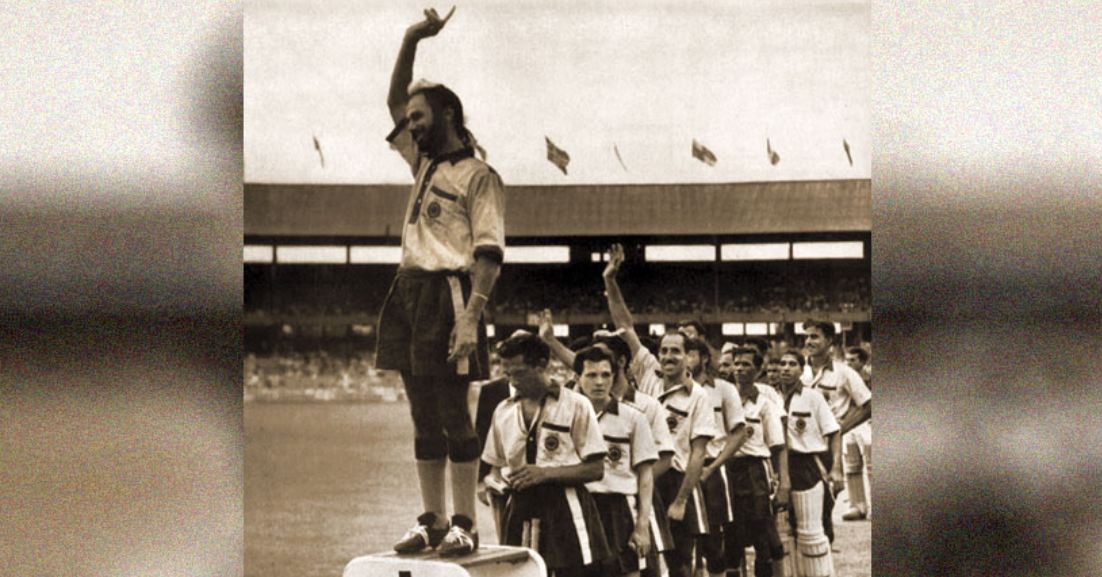 Balbir Singh (Sr.) was my childhood hero. It was the golden age of Indian hockey. A cluster of stars shines like a star in the Olympic sky. Everyone has gold in their pockets. Balbirji, Keshav Dutt, Leslie Claudius, KD Singh Babu, Raghubir Singh Gentle, Udham Singh—whom shall I leave out? One of those legends is in front of me. If he catches the ball on the stick and enters the ‘D’ box, it is only a matter of time before he scores. Thinking about that day in 1955 still sends chills through my body. Balbirjee has come to play for Punjab Police in the Gbaleor Gold Cup. I am from Meerut. I was twenty years old. A very young up and coming player. And he is in his best form after winning two consecutive Olympic golds in London and Helsinki. Not only that, he also made a goal record in the Olympics. India defeated Holland 6-1 in the Olympic final in Helsinki. Balbirji did five of them. That record is still intact. I will stop the center forward who could not be stopped by Holland’s famous defenders! He also stood at center back. I remember I couldn’t sleep the night before. Just thought, who knows how many goals he will score. There was no TV era then. There was no opportunity to analyze the video of the opponent’s game. I only heard from seniors that Balbir should not be allowed to enter ‘D’. If you give it, you will score. I tried with the vitality of youth. But I couldn’t. As far as I can remember, he went in twice and scored a goal. We lost by that goal. Then I faced him in DCM. That same year. I lost there too. In the following year, the superstar scored a hat-trick to win gold at the Melbourne Olympics. He was also the captain. He played brilliantly even with a finger injury. Several hockey legends of the time had three Olympic gold medals in their trophy cabinets. Because hockey was the only sport in post-independence India to win gold from the Olympics. Balbirji, another hero of the Golden Age, passed away on Monday morning. Another person of that time is still among us as a bearer and bearer of memories. He is in this city— Keshav Dutt.

If asked to choose the best center forward of all time, I would put Balbirji after hockey wizard Dhyan Chand. Mainly for his goal scoring ability. for his speed. Hitting two steps forward was his best weapon. He was quite a dribbler. He was very opportunistic. He reached the right place at the right time. Once he got into the ‘D’ he was hard to stop. He was good at taking penalty corners. But above all else was the scoring prowess. I have been associated with him in various ways for more than fifty years. Never seen in anger. He encouraged the juniors to play well. He also encouraged me every time before I went to play the Olympics or the Asian Games. He was the manager in the 1962 Ahmedabad International Hockey Tournament. i am player

He was associated with Punjab and Indian hockey throughout his life. As everyone called Dhyan Chand the hockey wizard, Balbirji was the prince of hockey. I was in regular contact. Personalities like Pradeep Banerjee, Chuni Goswami left during the lockdown. Today marks the end of another chapter. But Indian hockey will remember him.