This time actress Bipasha Basu is the mother of a daughter

Thousands of King Khan’s fans gathered in front of ‘Mannat’

Let hockey be called the national sport of the country

Sabbir Yusuf, the bright name of hockey in Bangladesh is no more

No Result
View All Result

PR Sreejesh had to pay extra because the hockey stick was too long. A heated debate has arisen over the behavior of a private airline. The details of the entire incident have been highlighted on social media by the goalkeeper of the Indian hockey team. After that, the crowd turned to angry supporters against the airline.

The incident took place at Bangalore airport on Friday. Srejesh reached Kochi around 7 pm to catch the flight. He had a hockey kit with him. After the test, the airline staff said that Srejesh’s hockey stick was three inches longer than what is in the rules. As a result he has to pay extra money. Srejesh objected but was not heard. Airline staff said hockey sticks longer than 38 inches cannot be carried. Srejesh’s hockey stick was 41 inches long. 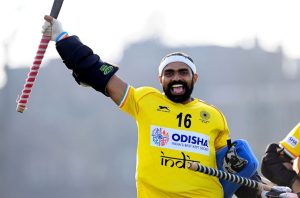 After paying the extra money, Srejesh posted about the incident on Twitter. He wrote, “The International Hockey Federation has given me permission to play with a 41-inch stick.” But there is no rule to carry a stick longer than 38 inches in the plane. What should be done this time? Take your luggage with an extra 1500 rupees. The protest started after seeing Srejesh’s tweet. Fans and celebrities started protesting. Many people said that such a thing should not have been done to the Olympic bronze medalist. Counter-opposition has also come. According to them, the rules are the same for everyone. As he became famous.

Odisha has Pro-League at the end of October. Srejesh was at the national camp in Bangalore for his preparation. He was returning home after the camp. This happened before that.

Young actor sentenced to life in prison for killing his mother

Shanaya Kapoor is going to enter the world of Hindi films

Shanaya Kapoor is going to enter the world of Hindi films

That's why Samantha is hiding

This time actress Bipasha Basu is the mother of a daughter

No Result
View All Result