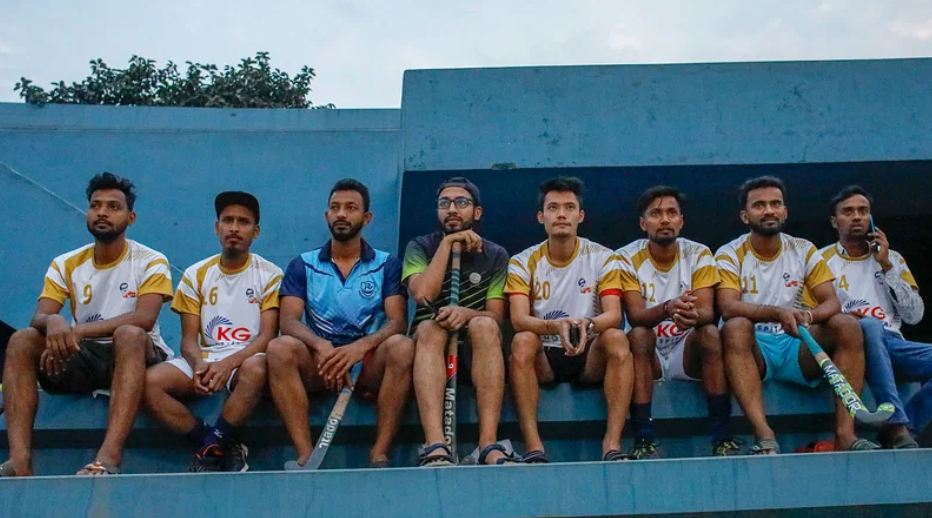 Shaheed Smriti Hockey Tournament started on February 18 at Maulana Bhasani Stadium. Puskar Khisa, Hasan Zubair Niloy, Abu Saeed Nippnera became sports organizers as they will play in this tournament. The players had to do all this to form the team for the tournament, select the players, get permission to register with the federation, get sponsors.

Domestic hockey is already at a standstill. Because there is no Premier League, the income of the players is stopped. The last league was held in June 2018. When this is the case, many people are not getting a chance to play in domestic tournaments as well. In the beginning, the federation had planned to organize the Shahid Smriti hockey tournament by giving priority to the services teams only. But these players plan to form a hockey team in the name of AHM Kamaruzzaman, one of the four national leaders, to create opportunities for the players who are spending idle time outside the services teams.

National team captain Pushkar Khisa was saying, ‘How many more days will we sit? No one understands more than us the pain of not being able to play. Our other teammates are playing in the Navy, Air Force, Army. But we have to look at it. That’s why some of us plan to form a team.

But it is not possible to form a team even if you want. Federation permission is required. Team name must be registered to play. There was also the challenge of securing sponsorship for the team. In the end, Puskar-Niloyera managed to get the team on the field by organizing everything properly. Rajshahi District Sports Association member Jane Alam Khan came forward to sponsor this team.

After hearing about the plight of the players, this sports organizer took the responsibility of sponsoring the entire team, ‘I myself was a hockey player. I understand the pain of these players. When I saw that there was no team in North Bengal, I came forward to help in building this team. Apart from that, many of this group are known to me. So I have taken all the responsibility of running the team. I will continue this cooperation in the future.

Although Kamaruzzaman Smriti Sangh is taking part in the game quite hard compared to other teams in the tournament. 18 players are crammed into just two rooms of the federation’s dormitory. There is no good food system. Having to bring food from the Gulistan restaurant and eat in the dormitory. National team forward Hasan Zubair Niloy complained that he is not getting support from the federation even for practice, “We have not even asked the federation for a ball. Just gave 10 balls. Is it possible to practice with so few balls?’

The national team last played in a major international competition in 2018. The following year after the Jakarta Asian Games, he played festival tournaments such as the Asian Indoor in Thailand to gain experience. This was followed by the Presidents Cup of Hockey last November, the Victory Day tournament in December. In this only tournament held this year, only 20 ordinary players outside the services teams got a chance to play in the Kamaruzzaman Smriti Sangh team.

The federation plans to organize a franchise hockey league next May. Niloy feels that it is important to keep fit even if we play in that tournament, ‘We want to play all year round. Happy to play anyway. If I sit, then after two days, if I call the national team, I will be told that I am not fit. But no one wants to know the back story. Apart from that I heard that there will be a franchise league. Even if you play there, you have to keep yourself fit.