After one year girls hockey festival in Dhaka

Sep 13, 2022 After exactly one year, hockey girls are getting a chance to hit the field with stick-ball 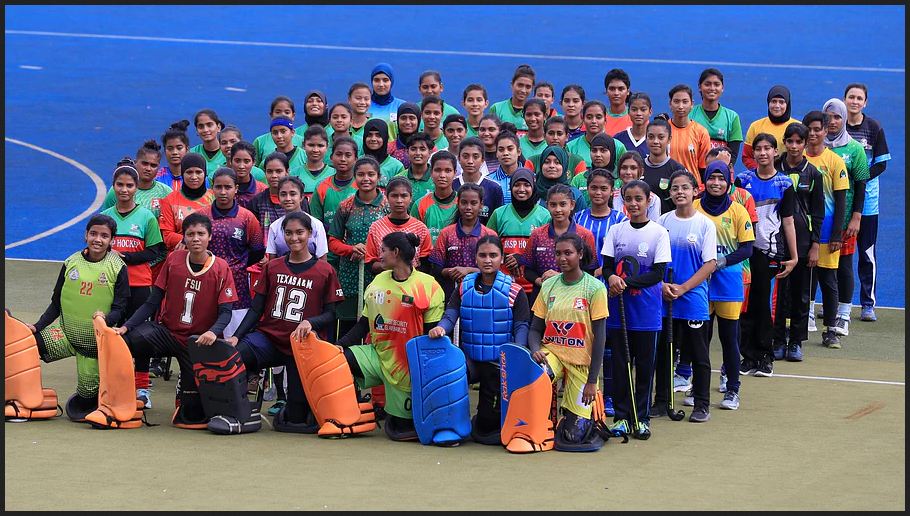 In September last year, a 5-match friendly hockey series for girls was held in Dhaka in the name of two late general secretaries of Bangladesh Hockey Federation, Mahmudur Rahman and Shamsul Bari. After exactly one year, hockey girls are getting a chance to hit the field with stick-ball. Girls’ hockey tournament named ‘Development Cup’ is starting tomorrow Monday at Maulana Bhasani Stadium.

Players from 18 districts and organizations including BKSP, Narail, Jessore, Jhenaidah, Rajshahi, Chittagong, Cox’s Bazar, Army, Air Force, Police have come to this tournament. Four teams have been formed with girls trial under coach Tarikuzzaman at Maulana Bhasani Stadium this morning. The names of the four teams – Bangladesh Hockey Federation red, blue, green and yellow teams have also been decided.

Maulana Bhasani Stadium after 9 months of silence has turned into a bit of a buzz with the presence of girls. A festive mood has been created among the girls. There are many girls interested in playing hockey in the country. But the playing field is very limited. Due to various limitations, the hockey federation is not able to organize more tournaments.

Accommodation of 64 girls in 4 teams of 16 each has been arranged at Maulana Bhasani Stadium. They will play the match from here. On the first day tomorrow, the red and blue teams will meet at 3:30 pm. Two unannounced semi-finals after all teams play each other once. The first semi-final will be between the first and fourth teams, the second semi-final will be between the second and third teams. 21 September undeclared final.

The aim of this tournament is not only to create an opportunity for girls to play, but from here Bangladesh team will be formed for the Women’s Under-21 Asian Hockey Federation Cup. The tournament will be held in Kazakhstan next month.

In a press conference organized by the Hockey Federation today, Vice President of the Hockey Federation Abdur Rashid said, “Recently, we could not send the girls even though there was an opportunity in the selection of the Asian Games. But I want to send it to all tournaments. Because, if girls are not given a chance to play, they will lose interest. Such arrangements are being made to keep their interest.

Iqbal bin Anwar, official of Walton, the sponsor of the tournament, said, “We have been with women’s hockey and will be in the future. We are hopeful, the condition of hockey in Bangladesh will be better in the future.