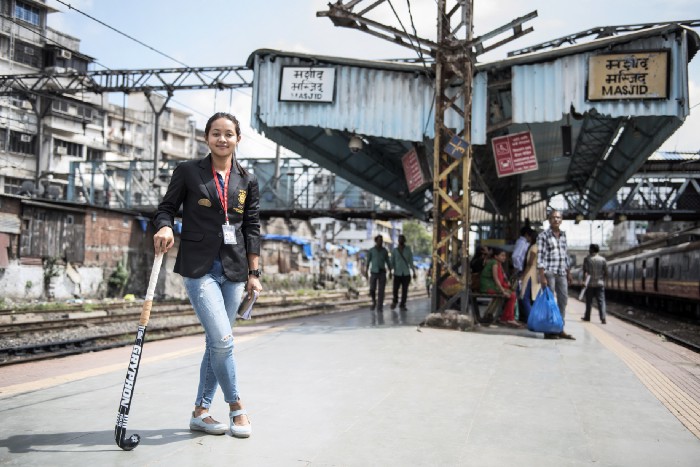 If you go to any station in Mumbai, you may meet him. He put on a black coat and checked the tickets of the passengers. The five rings of the Olympics shine on the black coat near the chest.

He is the ticket collector of Mumbai station. But he has a greater identity. He got this railway job because of his identity. She is Sushila Chanu. She represented India in women’s hockey at the Rio Olympics.

Sushila is still involved in the game though. She was also an active member of the women’s hockey team at the Tokyo Olympics. Recently Union Law Minister Kiren Rijiju tweeted some pictures of him while checking tickets of passengers at Mumbai station. That tweet was his tribute to Sushila.

Sushila got success in hockey at a very young age. The economic environment from which he emerged and the speed with which he established himself in hockey is also admirable.

He was born on 25 February 1992 in Imphal, Manipur. The family was not well off. Mother looked after the family and father earned by driving cars.

Grandfather was a polo player. So the player’s blood flowed in his body from birth.

Loved the game. But the desire to become a player was born while watching a football match at the stadium with his father. He went to see that national football match held in Manipur in 1999.

Sushila picked up a hockey stick at the age of 11. He was admitted to a famous hockey academy in Manipur in 2002 due to his uncle’s encouragement.

A few days later came the call to play at the national level. The National Selection Committee was impressed by his performance in the Junior National Hockey Championship.

She played for the Women’s Hockey Junior Asia Cup in Kuala Lumpur in 2008. It was his first international match. India won the bronze. But the following year he was temporarily excluded from the team due to injury.

Having already graduated from Madhya Pradesh’s hockey academy, he joined the Indian Central Railway as a ticket collector at the Mumbai station. He has been in Mumbai since 2010. He lives in a railway room with another hockey player.

Sushila was announced as the captain of the Indian national team at the 2016 Rio Olympics. But a few months before the Olympics, he suffered a terrible knee injury. The surgery took time to heal.

However, he represented India fully recovered. After 36 long years under his captaincy, the women’s hockey team got a chance to play in the Olympics.

Sushila dreamed of playing at least once for the country at the international level. He has played a total of 150 international matches.