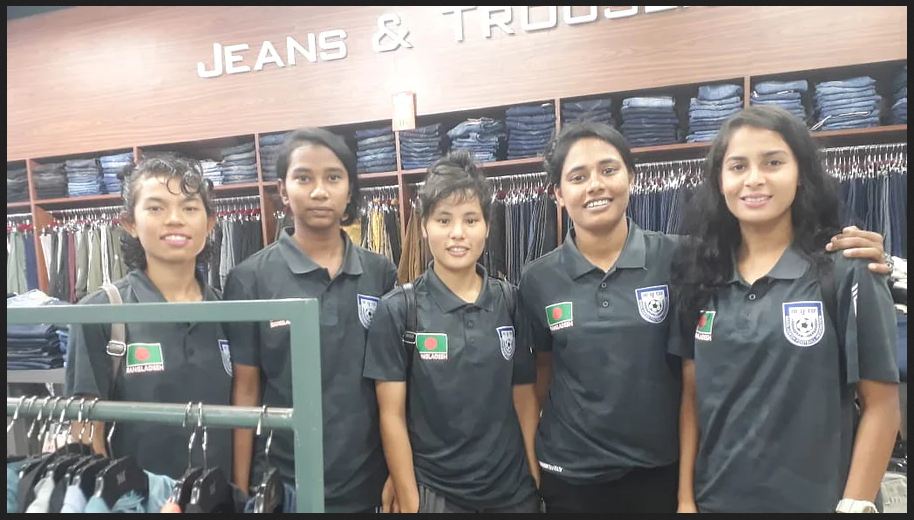 At the entrance to the shopping mall stood a salesperson holding a tray full of chocolates. When the champion Bangladesh footballers were entering the Bhat Bhateni supermarket in Kathmandu, the woman worker gave chocolates to everyone. When Sabina Khatun-Maria Mandas entered the market, everyone from the cash counter staff to the supermarket manager came running. Someone took a selfie with Sabina, someone praised the game.

The Bangladesh women’s football team won the championship for the first time in their history after defeating the hosts Nepal 3-1. In Kathmandu now, only the girls of Bangladesh are praised. In the morning when the Bangladeshi girls were going to the supermarket in the team bus, the passengers in the nearby cars and motorcycles waved and greeted Sabina when the car stopped in the traffic jam of Kathmandu.

In fact, Sabina’s greetings started from last night. The Bangladeshi girls are staying at one of the best five-star hotels in Nepal, The Solti Kathmandu. After reaching the team hotel from Dashrath Stadium, the hotel authorities presented a huge cake to the Bangladesh team. The initial phase of the celebration begins with the cutting of the cake.

The media of Nepal also did not hesitate to praise the game of Bangladesh. The picture of the champion Bangladesh team occupied the sports page of Daily Kantipur newspaper. There was also the picture of Sabina being the best player and highest goal scorer. Although they headlined, ‘Championship dream left unfulfilled again, Bangladesh now best in South Asia.’

The Himalayan’s headline reads, ‘Bangladesh beats Nepal to first ever champion.’ Sabina, Krishnad is pictured holding the trophy next to her. The Kathmandu Post wrote, ‘Nepal’s misery continues. For the first time, they lost to the Tigers of Bengal.

Dinesh Pradhan, manager of Bhat Bhateni supermarket, was impressed by the Bangladeshi girls’ game, “These girls played amazing football. Number 9 (Krishna Rani Sarkar) I like the football player very much. No regret that Nepal lost. This is actually football. The way Bangladesh girls tried to grab the ball on the wet field was amazing. Could not go to the field due to busyness. But I watched the game on TV. I am impressed by Bangladesh’s game.

Panchmukh di Kathmandu Post journalist Prajbal Oli praised Bangladesh girls, Bangladesh played in the same rhythm throughout the tournament. In fact, the trophy is in the hands of the deserving team. Hats off to the girls of Bangladesh.

Simon Tamang, the manager of the local restaurant, also praised the Bangladeshi girls, saying, ‘I took a day off from work and went to watch the game yesterday. A little disappointed that Nepal lost. However, Bangladeshi girls liked the game very much. We screamed in the gallery the whole time. But we never broke down under the pressure of so many visitors. Bangladesh really played amazing football yesterday.