Shakib is dreaming big about hockey 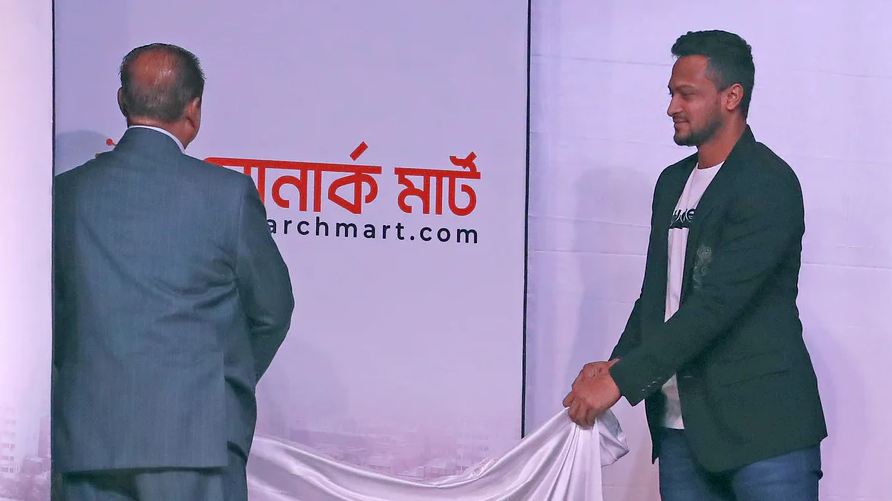 Boards bearing the logos of the franchise teams are lined up on either side of the stage. The host of the program called Shakib Al Hasan on the stage. Bangladesh’s biggest cricket star Shakib unveiled the Monarch Mart logo by removing the huge fabric curtain.

The official name of the tournament is Bangladesh Champions Trophy. The league is scheduled to begin at Maulana Bhasani Stadium in late October. Ace, a subsidiary of the Bashundhara Group, bought the rights to the league from the Hockey Federation. A five-star hotel in the capital has been signed with the company for five years.

Six corporate teams Acme, Rupayan Group, Walton, Saif Powertech and Monarch Mart will play in this hockey franchise league. Bangladesh Hockey Federation will announce the name of the sixth team after a few days. One of these six teams, Monarch Mart, is the company of cricketer Shakib.

Shakib went back to those days of BKSP when he came to the contract signing ceremony today. Back said, “While studying in BKSP, I used to watch the games of Jimmy bhai and Chayan bhai.” My roommate was a hockey player. Many international tournaments were held in BKSP then. We all went to watch the game. I used to support BKSP party. When they won, we used to have a lot of fun in the hostel. These are really funny memories.

He said that he joined this tournament not only from a place of emotion, but also for the sake of improving hockey in Bangladesh.

Shakib said, ‘Being with the game is a big thing for us. And Bangladesh has the potential to do a lot in every field especially in sports. Everyone is trying from their own place. We also started trying from our place. We have a lot of potential in hockey. We are ranked 27th in the world. 16 countries play the World Cup. So playing in the World Cup is not a far-fetched thing. I believe if hockey is properly promoted and everyone takes initiative, then we can play in the World Cup.

Shakib wants to see his team Monarch Mart champion in the tournament, ‘since I have taken a team. We will think about how the players in this team perform well and if we can be a role model for that, others may follow suit. There will be an improvement of hockey as a whole.

He wants to contribute not only to hockey but also to other sports. He also said about his desire in a gap, ‘I started that effort from our place. Monarch Group has already started working with golfer Siddiqur Rahman. Now come to hockey. Trying to come with cricket too. May move towards athletics. Every place we want to contribute.’

Shakib feels that more new players will emerge from this franchise hockey league, ‘I think hockey will get at least 3-4 new players if this tournament happens. Many are playing in the national team. As this group becomes much larger, so will the competition. I think only hockey will benefit from this and we will be in a better position in a very short time.”