East Bengal: There was no team for 18 years, after 32 years the color of the hockey league is red and yellow

Aug 21, 2022 East Bengal Hockey, The color of hockey league is red and yellow, There was no team for 18 years 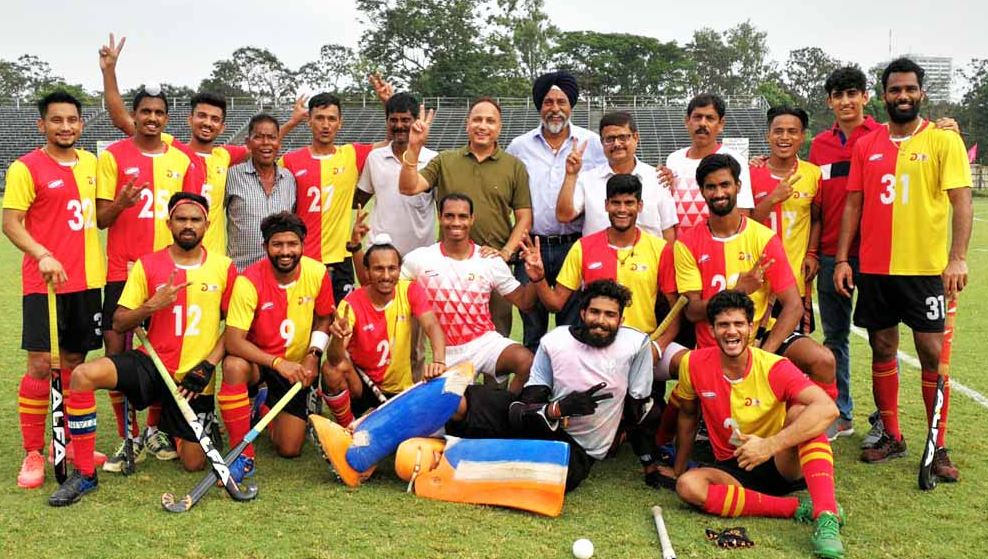 East Bengal’s fifth and final match in the Super Six phase of the 12-team league was against Punjab Sports on Saturday. But East Bengal get a walkover.

East Bengal has not been seen in the familiar rhythm on the football field for several years. Red-and-yellow members, supporters disappointed with the football team’s dismal performance in the club’s centenary year. Despite the disappointment, they can be happy with East Bengal’s hockey performance. After more than three decades, East Bengal became the Kolkata Hockey League champions.

East Bengal’s fifth and final match in the Super Six phase of the 12-team league was against Punjab Sports on Saturday. But East Bengal got a walkover as the opposition could not get down. In that case, East Bengal won by 5-0 and got three points. East Bengal collected 31 points from 12 league matches. Scored 42 goals.

East Bengal was the last hockey league champion in 1989. More importantly, from 2003 to 2020, the red and yellow did not have a hockey team. In 2021, they formed a hockey team again on the occasion of the centenary of the club. In the first year, East Bengal became the runners in the Calcutta League. And this time the champion.

After winning the championship, the hockey players hoist the club flag on this day. The team was honored by the club. There was also a system of sweets. Only disappointment on the football field. There is not much success in the cricket field either. At that time, this success of hockey will definitely give some relief to the red-yellow members and supporters.