Sep 21, 2022 This is how Sabina wants to keep the people of the country happy 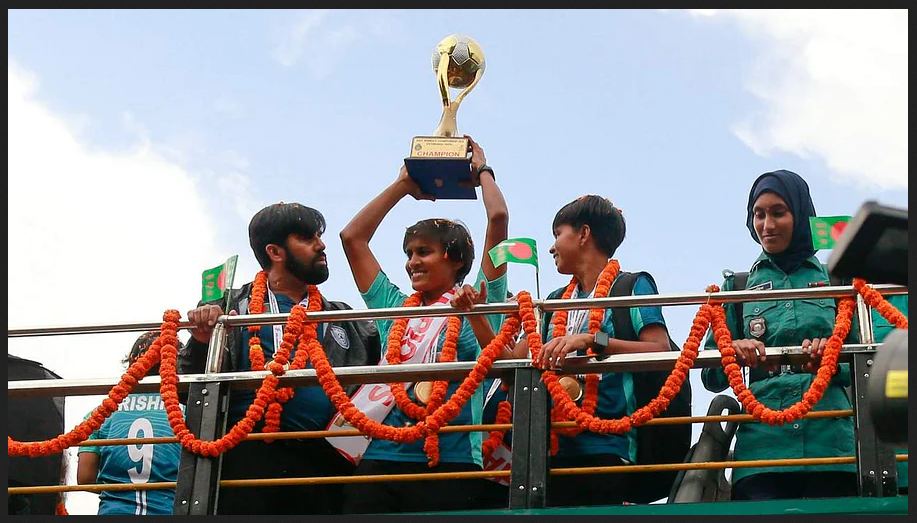 Sabina Khatunra was soaked in the love of thousands of people while returning this way from the airport to Bafufe Bhavan in Motijheel by open-top bus.

The general public standing on both sides of the road congratulated the girls by waving hands and raising slogans. Sabina, overwhelmed by the people’s greetings, seemed tireless even after the long journey.

Captain Sabina explained the success in a crowded press conference after reaching the Bangladesh Football Federation building, ‘I think the biggest success is that we have been able to fulfill our dream at the end of the day against the hard work and support of the sirs and the investment they have made in the girls. Our goal will be to keep the people of the country happy like this.

Sabinara won the SAFF women’s championship title in Nepal on Monday evening. Even after 48 hours have passed, the captain of the Bangladesh team, who is overwhelmed with love by the people of the country, said, “After this incident, there is no room to say how much the people of this country are addicted to football and how much they love it.” You were always there, thank you very much. Give support in the future, hopefully, we will give the country a better title.

The road to victory was not paved, there were many obstacles to overcome. Talking about being persistent with a goal for a long time, Sabina Baffufe mentioned President Kazi Salahuddin and said, ‘You have seen, we have been in one place, in the camp for four or five years. You have heard, as President Sir was saying, Sanjida said, “Sir, playing football is very difficult.” Sir said, “Hard, but do it, one time you will get good results.”